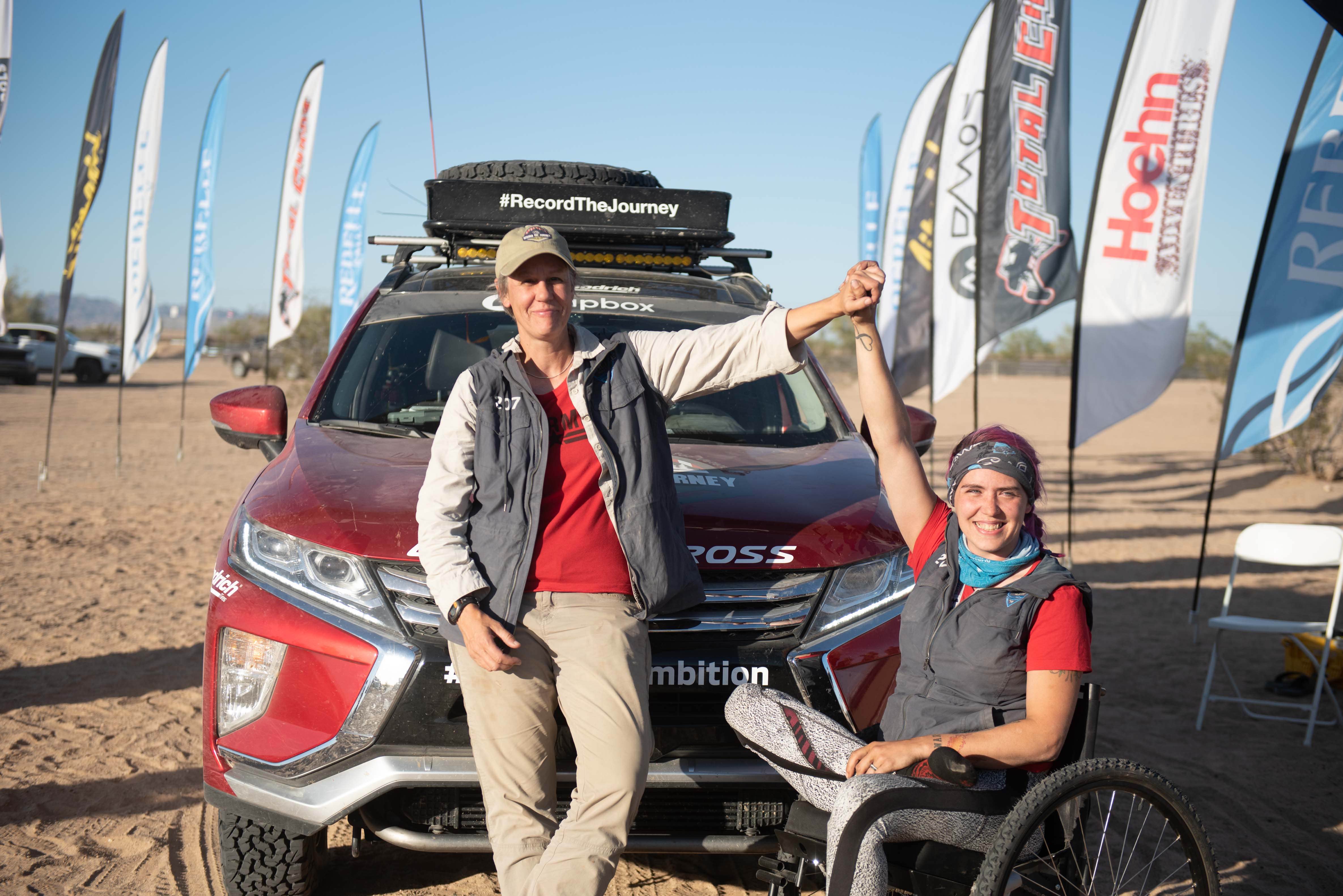 Driving a hand-controlled Mitsubishi Eclipse SUV, Air Force veteran Karah Behrend took second place at the 2019 Rebelle Rally, an eight-stage, women’s-only off-road competition. Behrend was the first adaptive athlete to compete in the event, which tests driving, navigation and decision-making skills across 1,600 miles of gravel roads and untracked wilderness in the California and Nevada deserts.

Team Record the Journey featured Behrend and fellow veteran Rachel Ridenour, who has competed in all five years of the Rebelle Rally. Ridenour runs a nonprofit of the same name, which provides outdoor photography excursions to military veterans. This was Behrend’s first off-road competition. Despite their lack of experience together, the team gelled quickly. “While other teams will have arguments or fights, that was never really a thing for us,” says Behrend. “We are both very mission-oriented people — if you have a job to do, you have a job to do. You get that done with and you can play with personality later.” 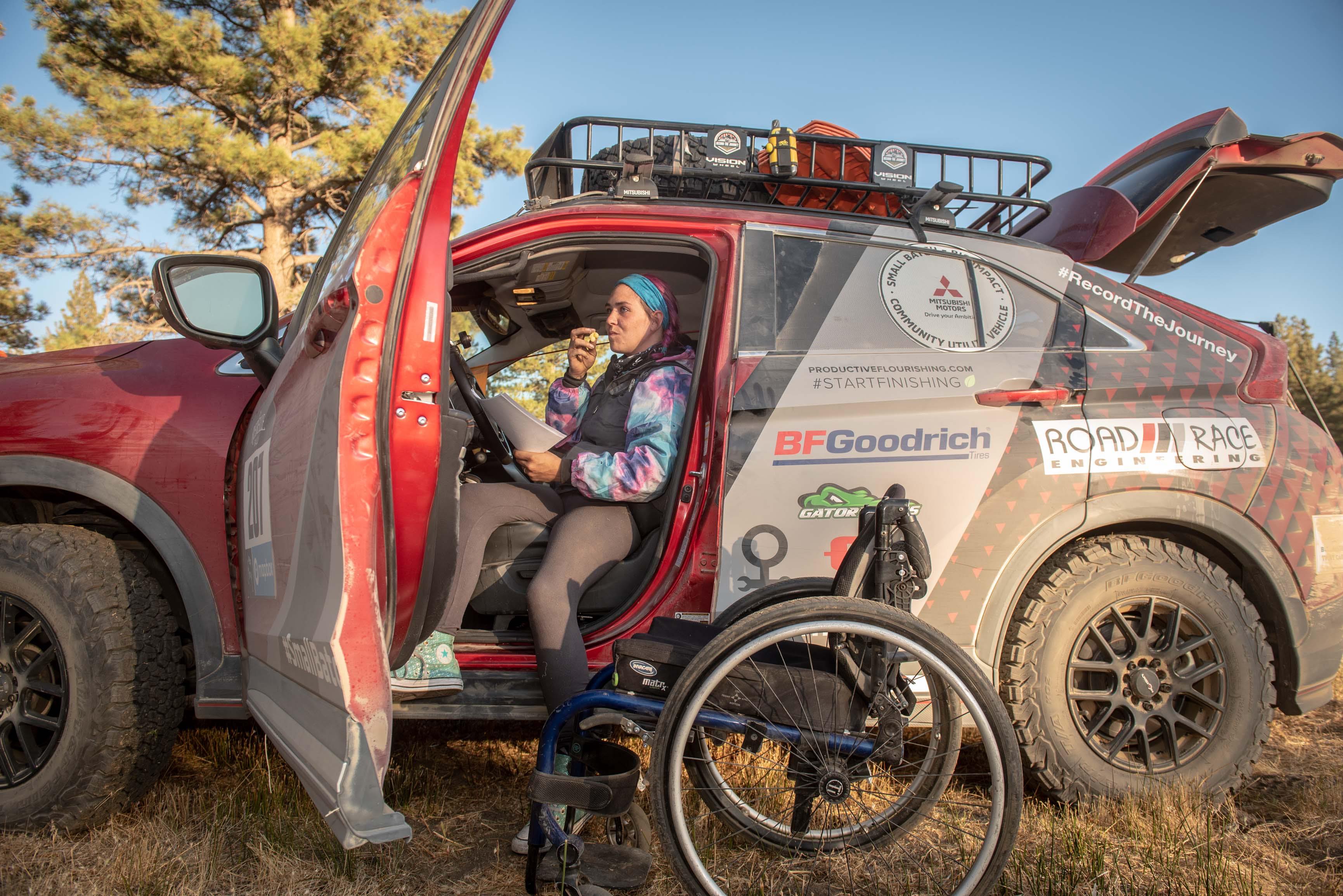 Behrend, a medically-retired Air Force intelligence officer, uses a wheelchair due to reflex sympathetic dystrophy, which developed after a car accident. Disability did complicate some aspects of the competition. The teams spent 10 days in the desert, sleeping in tents and with minimal facilities at camp, though the organizers set up an accessible toilet at the nightly stops. “There were a lot of times I struggled getting around, and it would take me 20 minutes to get to the bathroom. That’s because we were in sand and it’s difficult to move if you have wheels,” says Behrend. “And by the end of it, getting in and out of the car was pretty rough, but that’s just because I was really tired and I refused to have people help me.” 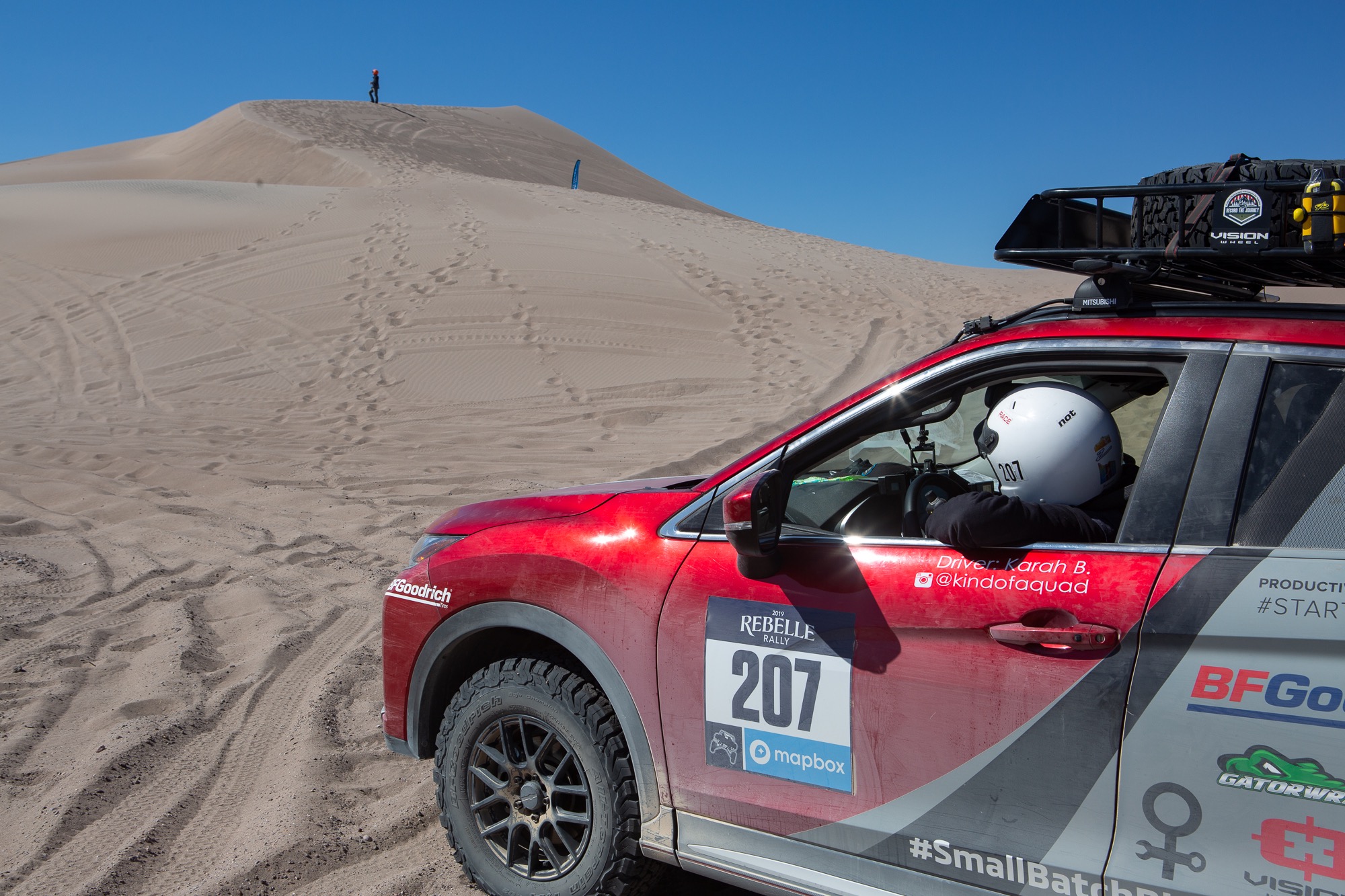 Overall though, Behrend says that being a wheelchair user was a benefit during the competition, especially during the sections driving over sand and other unpredictable terrain. “I think wheelchair users are actually more naturally able to pick proper lines when off-roading.” Wheeling off-road you have to constantly pick lines, avoiding rocks, soft spots, crevasses and side slopes, Behrend says, and you have to do the same thing when you’re driving. “Being able to accurately pick a line and know what’s safe and not safe, I feel like that was a really big strength for me.” Behrend functions as an incomplete quadriplegic, and she was even able to use her balance issues to her advantage. Nondisabled drivers have the intrinsic strength to stabilize themselves and compensate when a vehicle starts to get off kilter. For Behrend though, “When the car was off a little bit, it would throw me off, and I would know something was wrong.” That allowed her to adjust her line before a small issue became a big one.

As difficult as the driving could be, it wasn’t the only challenge of the event. Teams also earned points by locating hidden checkpoints. No GPS was allowed, only paper maps. To find the checkpoints, teams used a compass, ruler and protractor, along with determining landmarks from the map’s topographical information. They usually woke at 5 a.m. to have enough time to attend a daily briefing meeting, break down their tent, eat breakfast and properly pack their vehicle for the day. They would then spend eight hours bouncing over rough, highly-variable terrain, having to dig their way out of any trouble spots. In addition to the driving and navigating, the rally became just as much a test of endurance and decision making under stress.

Behrend says that competition helped drive home one of her biggest lessons from learning to live with a disability: “There are a lot of things that can happen, and the only thing you can actually control during any of this is your attitude and your effort. … I think this event showed a lot of people that, and that’s really cool.”

Team Record the journey was supported by Mitsubishi North America, which provided the Eclipse Crossover SUV that the team used during the event. As part of the company’s Small Batch – Big Impact campaign, Ridenour’s nonprofit will keep the vehicle to use in their programming. You can follow Behrend’s adventures on Instagram at @kindofaquad