A new paradigm in music creation has been officially recognised at the prestigious International Sound Awards 2019 at the World Music Showcase, Reeperbahn Festival Hamburg Germany this week.

LOOPFREE is a wireless musical device which allows any player lightning fast wireless control of elaborate looping setups using popular music software. Stepping up to the demand of live on-stage music production technology, this innovative tech was created in a collaboration between producer and performer DJ Arthro, and accessible instrument developers Tim Yates and Vahakn Matossian.

Producer and performer DJ Arthro controls his ’Space Ship’ – an impressive array of equipment consisting of not only synths, tablets, fx modules and drum machines, but also stage lighting and visuals rig – all using his nose, lips and mouth. All these devices are designed for hands, but I use my face…” explains DJ Arthro – real name Tim Palm. 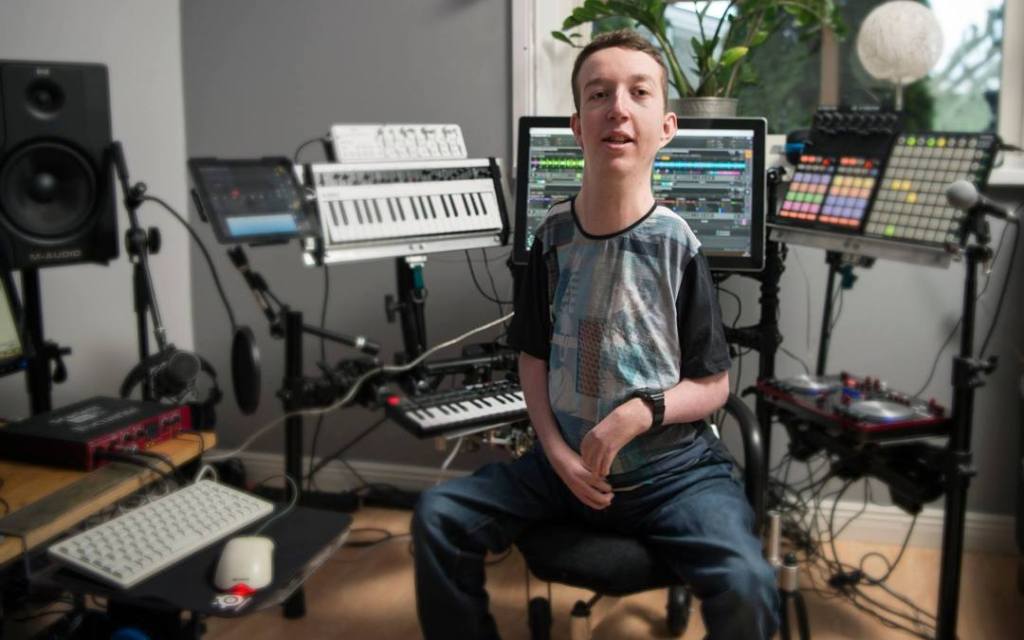 Palm unleashes infectious dance tracks live-engineered on stage layering up pulsing synths, dreamy vocals and live tearing solos. But this setup has so far all been an elaborate work around albeit a genius one.Until now, live looping has been impossible for Palm, demanding Palm does multiple operations on his tablet using his nose – taking him out of the performance zone away from the mic or keyboards. Built on BBC:Microbit educational programming platform, LOOPFREE puts the power at his fingertips – or rather his knuckles.

“This loop controller opens up an entirely new universe for performing”, says Palm. The poundable arcade buttons clamp to his chair via a 3d printed airframe and sends wireless commands to his setup to loop to the beat and control any number of tracks whilst he captures and twists his ‘in the moment’ performances. 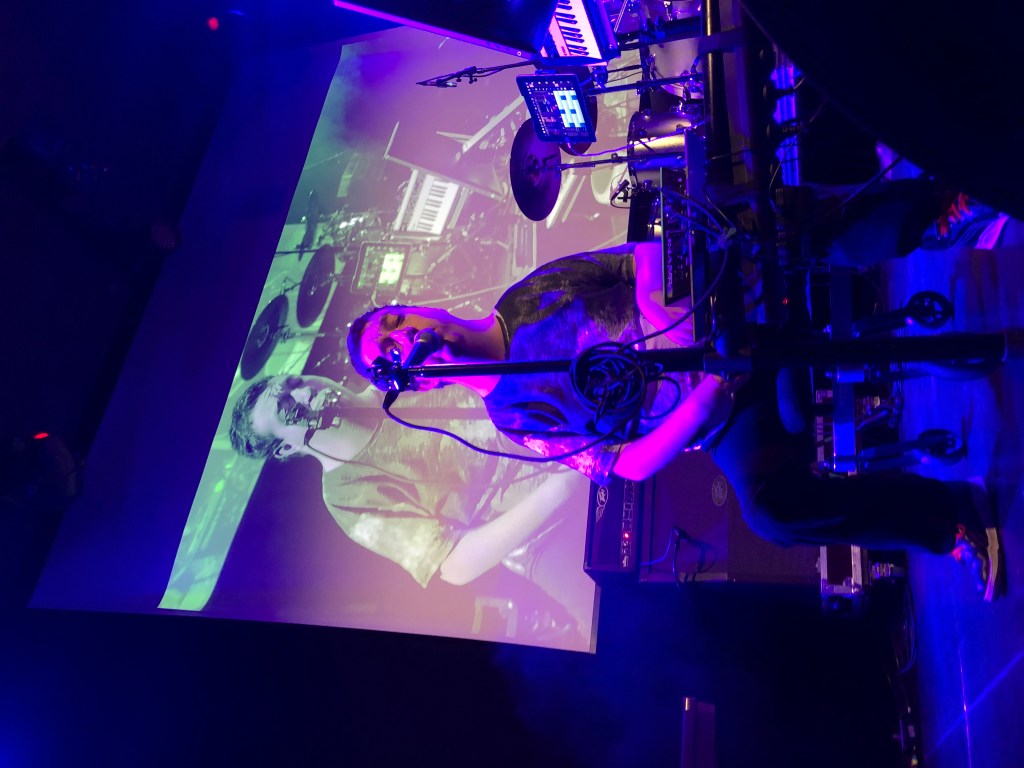 Accessible music tech is on the rise – and rightly so. Never has it been easier and more necessary to invite all musicians to the stage.” Explains Matossian – lead designer at Human Instruments an organisation creating accessible music tech since 1984. Yates and Matossians’s vision, beyond Palm’s device is to help get all musicians to where they want to be musically and professionally. “LOOPFREE represents an approach to instrument design with a low entry barrier, using inexpensive materials, creating a huge impact – and making it fast!” explains Yates – who runs the Research and Development program at Drake Music, a leading charity working at the intersection of music, tech and disability.

LOOPFREE, which was born at Music Tech Fest Hack Lab in Stockholm 2018 at KTH Sweden will be available as a kit for users to build their own custom cases and button layouts for attachment to any rig, instrument, wheelchair or clothing. The project previously won the KTH Innovation award and has been supported by KTH Innovation.

The prize was in the Social and Culture category with other major design firms winning prizes in other categories, proving that even with a small team and a compelling idea big ripples are possible.

Look out for the crowd funding campaign coming soon.